Second arrest made in fatal shooting

A second person has been arrested in connection with the Monday, Sept.

The second suspect has been identified as Marketta Williamson, 34, of West Memphis. She has been charged, along with Gregory Northington, 38, of Marion, with felony murder.

Williamson was arrested in Memphis and extradited back to West Memphis earlier this week.

At the time of the shooting that Monday night, the victim, identified as Reco Eason, was with two other men walking along the 300 block of South 20th Street, Langston said.

When officers arrived on the scene they found Eason suffering from a gunshot wound. He was immediately transported by ambulance to Regional Medical Center in Memphis where he later died from multiple gunshot wounds.

Langston said Eason was shot several times by the assailant using a rifle.

At the time of the shooting Langston said the vehicle that the suspect was a passenger in pulled alongside the victim and opened fire with the rifle.

The suspect vehicle fled the scene before responding officers could reach the scene, but Langston said detectives were able to obtain enough information regarding the shooting to identify “a person of interest.” The vehicle the suspects were driving was believed to be a Chrysler 300 which was later found abandoned several blocks away at a vacant home near 15th and Harrison Streets.

Neither of the two other individuals walking with Eason were injured, Langston said. 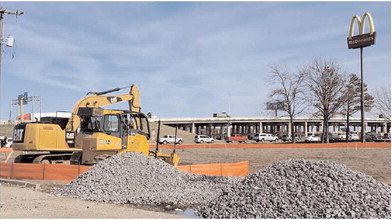