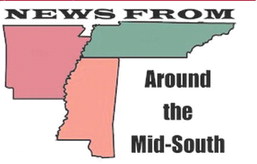 13, to declare Springdale a “pro-life city,” however the resolution has no statutory authority, nor can it thwart abortion clinics from opening in town.

The resolution passed 6-1, making Springdale the first city in Arkansas with such a designation.

The resolution states, in part: “The City of Springdale places the highest value on each individual’s right to life … affirms the value of human life at every stage … and affirms its commitment to life.” The city also drew inspiration from the Declaration of Independence, stating that “denying the right to life of a created being is to deny liberty, the pursuit of happiness and all other unalienable rights.”

The push to adopt the resolution began after a federal district court in Arkansas issued a preliminary injunction blocking a set of abortion bans and restrictions from taking effect while a lawsuit challenging the laws proceeds on Aug. 6.

The laws included a ban on abortion starting at 18 weeks of pregnancy, a ban on abortion based on a patient’s reason for seeking care, and a law prohibiting qualified physicians from providing abortions. A lawsuit was filed by the ACLU, the ACLU of Arkansas, Planned Parenthood Federation of America, and the law firm of O’Melveny & Myers, LLP on behalf of Little Rock Family Planning Services, Planned Parenthood Great Plains (PPGP), and two physician providers, and challenged the new laws.

“After thorough consideration of Stephen West’s request for clemency and a review of the case, the State of Tennessee’s sentence will stand, and I will not be intervening,” a statement released Tuesday from the governor said.

West has been moved to death watch, the three-day period before an execution when strict guidelines are implemented to maintain the security and control of the offender and to maintain safe and orderly operations of the prison. During this period, the offender is placed in a cell adjacent to the execution chamber where he or she is under 24-hour observation by a team of correctional officers.

West was found guilty of the 1986 kidnapping and stabbing deaths of Wanda Romines and her daughter Sheila Romines. He is scheduled to die by lethal injection on Thursday, Aug. 15 at 8 p.m.

In a clemency plea to Gov.

Lee earlier this month, attorneys for Stephen Michael West say then 17-year-old Ronnie Martin actually killed both victims. West was 23 at the time. Their cases were separated, and while West was sentenced to death, Martin pleaded guilty and received a life sentence with the possibility of parole in 2030 as a juvenile ineligible for the death penalty.

JACKSON, Miss. — Acting Immigration and Customs Enforcement Director Matthew Albence defended his agency’s raids across Mississippi last week, which left many children separated from their parents, saying those breaking the law were ultimately the ones to blame for the situation.

“We conduct our operations with professionalism, with compassion and with humanity, and we tried our best to minimize the impact on the innocent people of this situation,” Albence said. “However, we have to enforce the law… against individuals who have broken it. The parents that are breaking the law are ultimately the ones that are responsible for placing their children in this situation.”

Immigration enforcement authorities raided food processing plants across Mississippi last week, picking up almost 700 workers — most of them Latino — in what could be the biggest single- day, one-state sweep in U.S. history.